Today Foster the People posted a picture on their Instagram account of Mark Foster singing in bed. If that’s not already great enough, then I find out that it’s for a website called MyMusicRX. 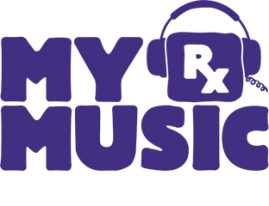 MyMusicRx.org is a “music medicine” site created by the Children’s Cancer Association for kids and teens facing cancer and other serious illnesses. The site gives kids all the resources (concerts, music lessons, digital instruments, and games) they need to feel the music and feel better. I have always believed that music can be a type of medicine for people with illnesses whether it’s their emotions or health bringing them down music has a way of bringing them back up again. That healing power of music is exactly what MyMusicRx is all about. Below you can watch a touching video from the site made to give you an in-depth look into the program. In the video Chris Funk of The Decemberists and a CCA Board Member says  “one of the greatest thing about music is that it suspends reality and can remove people and therefore bring joy” which I 110% agree with. I could almost go off for hours about how amazing music is and how lucky we are that it exists, but I will do my best to contain myself ;p.

Cool right? Ok so back to Foster the People…MyMusicRx put together it’s own music festival called Bedstock.

END_OF_DOCUMENT_TOKEN_TO_BE_REPLACED

You guys! I was driving home earlier today and as per usual I was listening to my favorite Sirius station, Sirius XMU and I heard something along the lines of “something something Foster the People something something NEW!” I would’ve done jumping jacks had I not been driving! I searched around a little and got some info on the new single and the new album!

So here’s the scoop – Foster the People have been in some sort of limbo for almost three years now. And finally they are going to release their sophomore album “Supermodel” in early March, the 18th to be exact. Yesterday they released the first single off of this new record entitled “Coming of Age”. I have to mention that when their album “Torches” came out I loved it to pieces, saw them a few times on their tour, and even bought the album in vinyl (I rarely do this). My one issue with Torches was that each song sounded just like the others. For some strange reason that didn’t seem to bother me as much as it would have had it been a different band. The vocals and the dream-pop vibe they’ve got going on is so perfect but my one wish for their next album was that it sounded different without compromising that amazing sound of theirs that I love so much…and guess what guys?! They did it! Last year in a Rolling Stone interview Mark Foster, when asked about the second record said “It’s not the record that people are gonna expect us to release second. It’s definitely an evolution for us, and it’s a more polarizing record for us”. I really think he nailed it on the head with that statement! I mean granted I haven’t listened to the whole album yet…because it’s not available BUT if this first single is any indication of the album to come, I really am ecstatic!! Not only did they share this song but they also combined two of my most favorite things, time-lapse videos and indie music to create the music video. Check it out below it’s so awesome, it even made me tear up a little bit! In the meantime, mark your calendars and hope for tour dates!! You can also check out Supermodel’s full track list below!

Foster The People — Supermodel tracklist
1. Are You What You Want To Be
2. Ask Yourself
3. Coming Of Age
4. Nevermind
5. Pseudologia Fantastica
6. The Angelic Welcome Of Mr. Jones
7. Best Friend
8. A Beginner’s Guide To Destroying The Moon
9. Goats In Trees
10. The Truth
11. Fire Escape
12. Tabloid Super Junky