I have been blogging a little less lately because I have been reading a lot more! Sooo I thought I would talk about the books I’ve been devouring and who/what inspired me to read them.

For the past two years I have been REALLY into Young Adult Dystopian novels. A dystopia is an imagined place or state in which everything is unpleasant or bad, typically a totalitarian or environmentally degraded one (opposite of Utopia)…sounds awful huh? Somehow it’s not. My interest in these types of books started with The Hunger Games which after I saw the preview of the movie I ran out and read immediately! Then from there Goodreads was a HUGE help in finding similar books and also booktubers (YouTube book reviewers). I love this genre in comparison to others because it’s the most exciting and also because most of the worlds created in these stories are very realistic and believable. It’s like what you are reading about in these books could actually happen. My favorite book from this genre that I have read so far is The Host by Stephanie Meyer (review to come) Veronica Roth’s “Divergent” (my review) and Lauren Oliver‘s “Delirium” (review to come). I highly recommend you head to your nearest Barnes & Noble…like NOW…go straight to the Teen Fantasy & Adventure section and read your heart out!

Here are some books that I recently read that I thought were worth sharing =)!

The first book I read was Legend by Marie Lu. 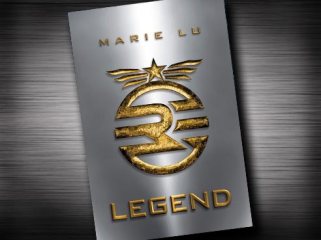 Synopsis :  What was once the western United States is now home to the Republic, a nation perpetually at war with its neighbors. Born into an elite family in one of the Republic’s wealthiest districts, fifteen-year-old June is a prodigy being groomed for success in the Republic’s highest military circles. Born into the slums, fifteen-year-old Day is the country’s most wanted criminal. But his motives may not be as malicious as they seem. . . in a shocking turn of events, the two uncover the truth of what [has ]brought them together, and the sinister lengths their country will go to keep its secrets.

I will try to keep this short. Because I read this last year I can’t remember every little detail. I do remember that during the few days it took me to read it I wasn’t eating, sleeping, or doing anything because it was just THAT good. I loved the characters in this book! June is a badass, I love that about her! She is not one of those annoying lead female characters who whine and always need saved! Day is …Day. Lol he is smooth, and laid back, he’s fast and skilled, and he fights for what he thinks is right! My favorite part of this book was the hospital scene! If you’ve read the book you know what I am talking about but if not..don’t you want to read to find out?! Legend was the equivalent to watching an action movie..on crack! It is so fast paced. I loved the world building in it, especially because the world Marie Lu created could very much be a reality one day. I HIGHLY recommend you read this book. It’s the most exciting dystopian novel I’ve ever read!

Synopsis: There were no surprises in Gatlin County.
We were pretty much the epicenter of the middle of nowhere.
At least, that’s what I thought.
Turns out, I couldn’t have been more wrong.
There was a curse.
There was a girl.
And in the end, there was a grave.

Lena Duchannes is unlike anyone the small Southern town of Gatlin has ever seen, and she’s struggling to conceal her power, and a curse that has haunted her family for generations. But even within the overgrown gardens, murky swamps and crumbling graveyards of the forgotten South, a secret cannot stay hidden forever.

Ethan Wate, who has been counting the months until he can escape from Gatlin, is haunted by dreams of a beautiful girl he has never met. When Lena moves into the town’s oldest and most infamous plantation, Ethan is inexplicably drawn to her and determined to uncover the connection between them.

In a town with no surprises, one secret could change everything.

*this actually considered to be more in the YA Fantasy genre*

I honestly can’t remember what made me read this book. I think I was impressed by the amount of reviews I found on this book by Book-Tubers I follow. I also had just seen the movie trailer which for some reason always makes me want to read the book ASAP so I can compare! Anyways I really loved this book. It is part of a series. I bought the whole set so I am excited to start reading Beautiful Darkness next. I can only give this book 3 out of 5 stars because of the ending. It’s not that it was really sad or something horrible happened…actually that was the problem I had with it. The whole entire book builds the reader up to find out what happens to Lena on her 16th birthday, does she turn light or dark? Well you spend all that time getting excited for something insane and life-changing to happen….and it just didn’t. If there had been a different ending I would’ve given the book a higher rating. I still recommend you read it though it was really interesting and I have a feeling that the rest of the books are really going to make up for what this first one lacked.

The Host by Stephanie Meyer

Our world has been invaded by an unseen enemy that takes over the minds of human hosts while leaving their bodies intact. But Wanderer, the invading “soul” who occupies Melanie’s body, finds its former tenant refusing to relinquish possession of her mind.

As Melanie fills Wanderer’s thoughts with visions of Jared, a human who lives in hiding, Wanderer begins to yearn for a man she’s never met. Soon Wanderer and Melanie-reluctant allies-set off to search for the man they both love.

Featuring one of the most unusual love triangles in literature, THE HOST is a riveting and unforgettable novel about the persistence of love and the essence of what it means to be human.

I am working on a review for The Host right now so stay tuned for that!I do want to say that this book is by far the most incredible book I have EVER read. It is my number one favorite book now that I’ve read it! Please check it out!! You won’t be sorry! (also it’s 620 pages…I had to warn you!) 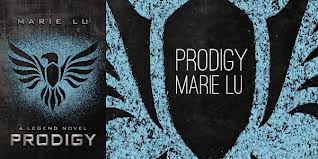 Synopsis: June and Day arrive in Vegas just as the unthinkable happens: the Elector Primo dies, and his son Anden takes his place. With the Republic edging closer to chaos, the two join a group of Patriot rebels eager to help Day rescue his brother and offer passage to the Colonies. They have only one request—June and Day must assassinate the new Elector.

It’s their chance to change the nation, to give voice to a people silenced for too long.

But as June realizes this Elector is nothing like his father, she’s haunted by the choice ahead. What if Anden is a new beginning? What if revolution must be more than loss and vengeance, anger and blood—what if the Patriots are wrong?

I loved this review! It was the one that I related to the most. Plus xtinemay/pollandbananas20 is hilarious and does awesome book reviews!

I can’t quite give this book 5 stars because of the ending.

Specifically what Day finds out and what he does about it. I also found that I was able to put it down pretty easily whereas with the first book (LEGEND) I read until the sun came up..even on work nights!

I hope that reading all that makes you want to check out some YA Dystopian novels!! Comment below if you’ve read these and tell me what you thought!